The Benefits of Collaboration (Part Three)

I sent the illustrations of 'Jack' off to Sarah, thankfully she liked them, and so I set to work on the other elements.

The next thing I was to create was the door that Jack breaks through. I tried to keep my illustration close to the original door from the film in terms of colours and design. When it came to the illustration of the 'Feel Good' bottle I kept it as simple and bright as possible. I wanted the drink to stand out from its gloomy surroundings and I knew that it was important to clearly show the brand. I kept the design of the table this was to sit on even more simple. This was after all just a background piece and I didn't want it to distract attention away from what was happening. 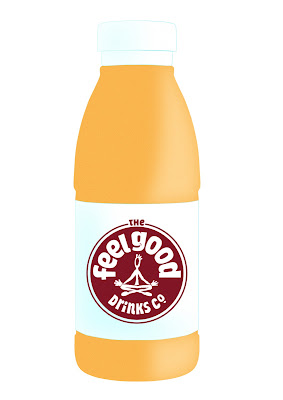 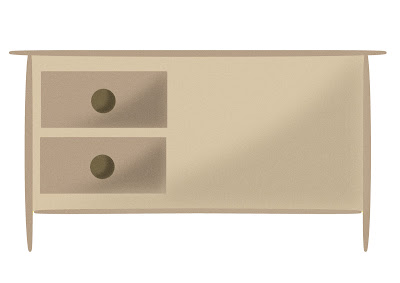 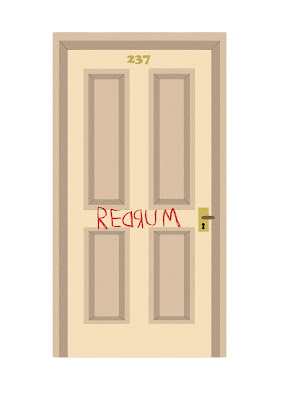 Then came the design for 'Wendy'. I struggled slightly because she doesn't have the same stand out, instantly recognisable features that Jack has and so is not as easy to caricature. In the end when I came up with her final design I had 'Olive Oyl' from 'Popeye' in mind. I decided that I wouldn't concentrate so much on getting her to look close to the original character, as I had with Jack, but would instead concentrate on getting across her overall mood, which for the most part is scared. 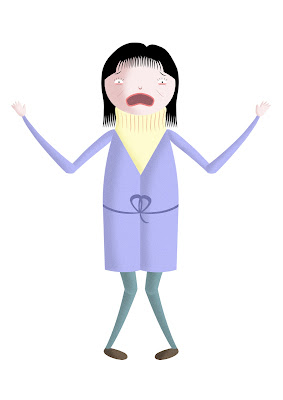 It was an interesting change to create illustrations for animation. With each character that I created I was essentially creating a puppet. One that needed movable arms and legs, that needed to be able to blink and change expression, and most importantly one that needed to be easy to animate. I tried to fulfil this last point as best I could by keeping the characters various elements in clearly labelled and organised layers, which hopefully helped. 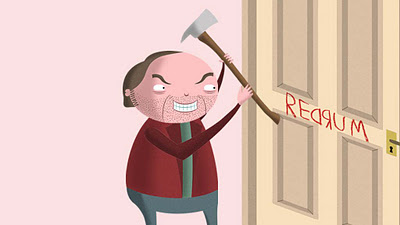 I really enjoyed illustrating for animation and would definitely like to do it again, there is something magical about watching your illustrations come to life. I would also love to collaborate with Sarah again, she has done a great job with the animation and the whole project has been fun from start to end.
I now realise why collaborations are such a good thing, its the bringing together of two peoples skills and ideas that creates something unique. I'm really pleased with how the animation turned out and really enjoyed helping to make it.