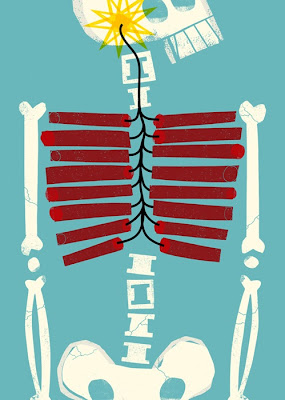 At the end of my first year on the illustration course, I can remember going to the 'then third years' end of year show and being really impressed by the work of Chris Madden. I found it really inspiring and hoped that I would have of such quality when I reached third year. This is why I was so pleased when I was told that he was to be my 'Graphic Guru' for this year, because I admired his work so much.
The 'Graphic Guru' programme was set up as a way of linking students in the third year with past students of the course who have gone on to become successful, the idea being that we can ask them questions regarding our work and future careers.
The first time I met Chris he mentioned how he had got his first commissions while still at university doing editorial pieces. He mentioned that this was a good way to start out, and it made me realise that I need to get some editorial work into my portfolio, which at the moment seems centred more around children's illustration. 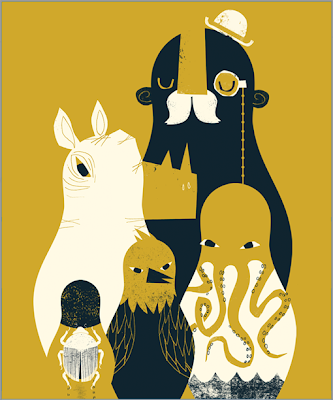 He also mentioned that there are various publications that are good for showcasing your work to potential clients. He mentioned a submission based magazine called 'Ammo' that he recently had his work featured in, and recommended that we do the same; submission based publications are a great way to get you work out there.
The second time I met him was at the 'Draw North West' event. This was the first meeting of what has now become a regular meet up for illustrators in the north west, a meet up which Chris helped to organise. At the event I met a range of interesting,talented people working in the industry, all of whom spoke highly of Chris and his work: it made me proud to have him as my 'Graphic Guru'. The event was a resounding success and taught me the importance of networking and meeting other illustrators. As Chris pointed out, Illustration can often be a solitary career and the chance to meet up with others in the same profession is always useful.
I showed him some of my work at the event and he offered some helpful and constructive feedback. In the new year I'd like to show him my portfolio, get some tips for improving my work overall and for breaking into the industry. 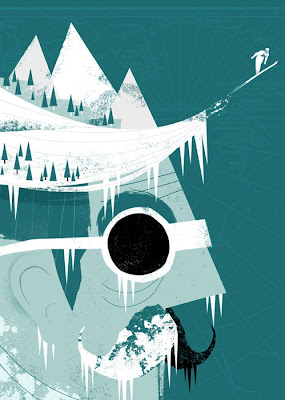